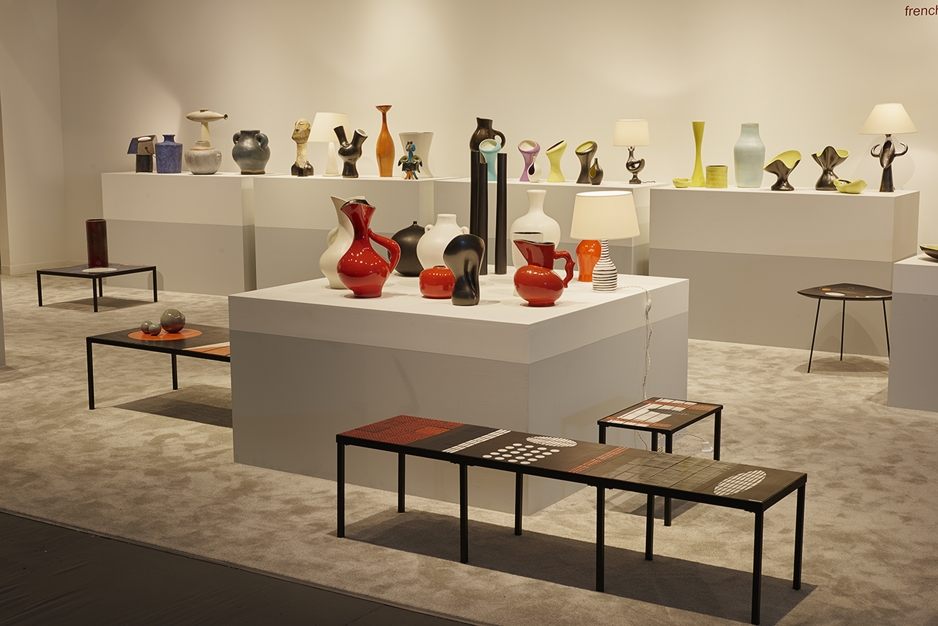 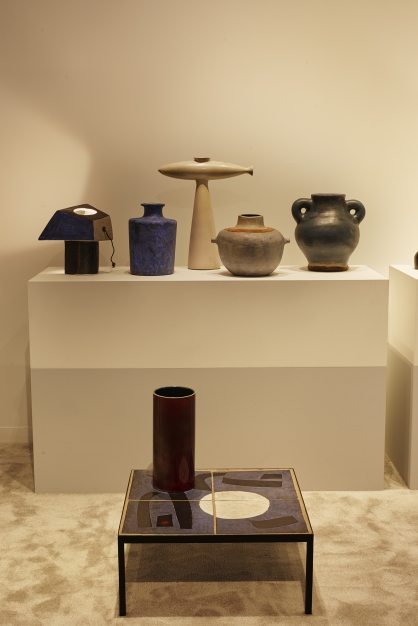 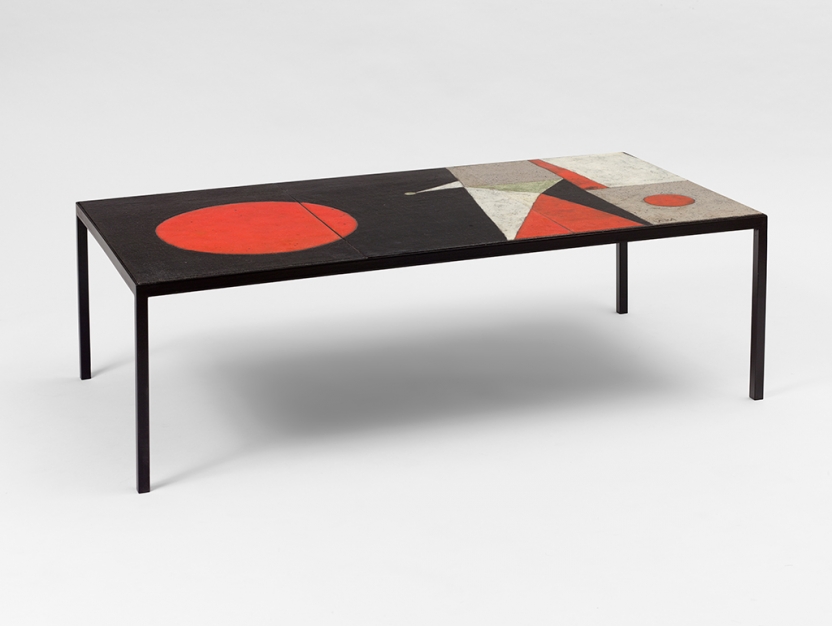 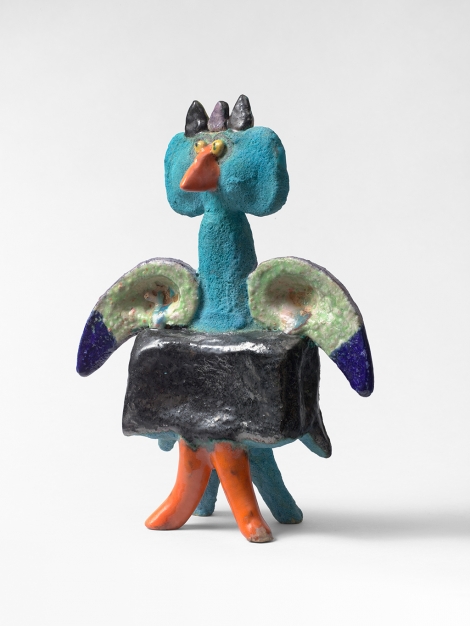 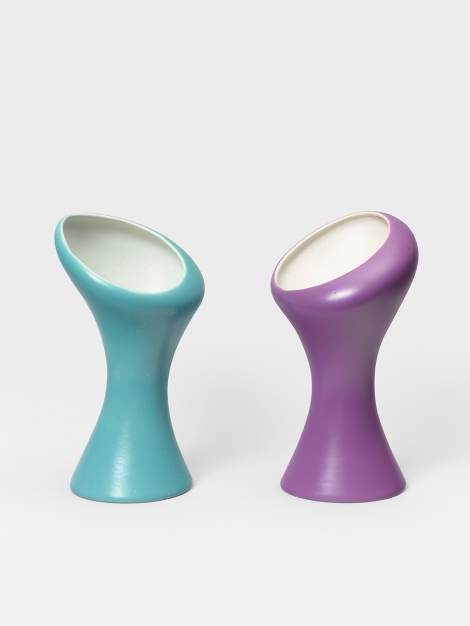 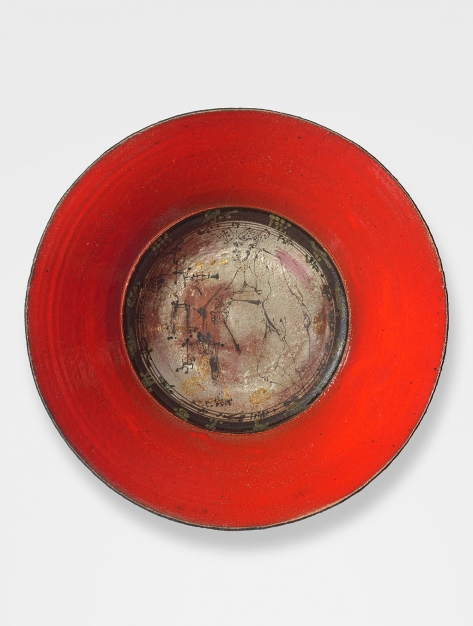 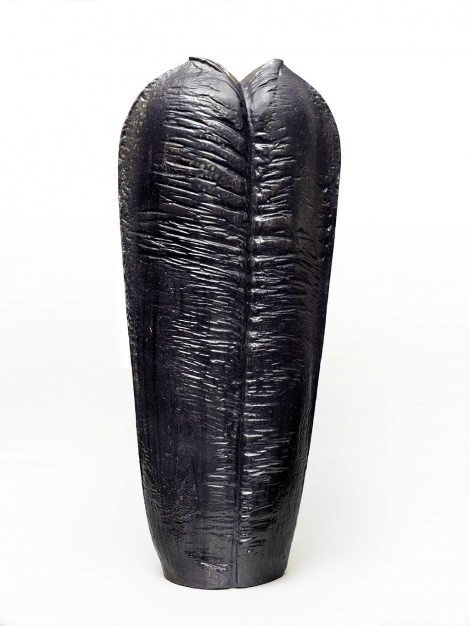 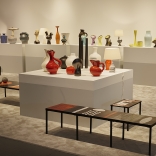 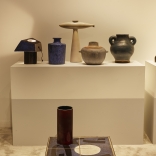 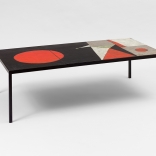 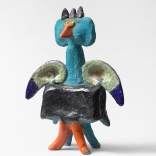 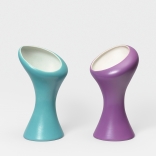 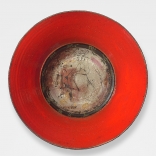 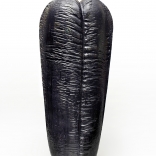 Thomas Fritsch opened his gallery featuring French Decorative Arts from 1945 to 1970 on rue de Seine in 2004. He is acknowledged as the specialist on post-war French ceramics. The gallery has organized solo exhibitions of artists such as Pol Chambost (2006), Michel Anasse (2011), Suzanne Ramié - Atelier Madoura (2012), André Aleth Masson (2013) and Jacques & Dani Ruelland (2014). Thomas Fritsch has participated in Design Miami/ Basel since 2013. For his first time in Design Miami/, he presents his personal selection of Masterpieces of French Ceramics from 1945 to 1970, some of them unique.

Véra Szekely, born in Hungary, studied Decorative Arts in Budapest. In 1946 she met Pierre Szekely (her future husband) and André Borderie. The three of them formed a group known as “Borderie Szekely” which created together until 1957. From 1958, she started working alone. She created this table that same year with a lava top made of three parts resting on a metallic base. This unique piece, rediscovered in a Saint-Jean-de-Luz private collection, with its abstract decor is a great example of abstraction in the Decorative Arts: beautiful in its use and useful in its beauty. This idea was supported with strength by a number of French ceramists of her generation and was well-represented during the Formes Utiles exhibition of which she is one of the important figures. This work by its sumptuous abstract decor also illustrates the multiple qualities of this artist, ceramist and sculptor.