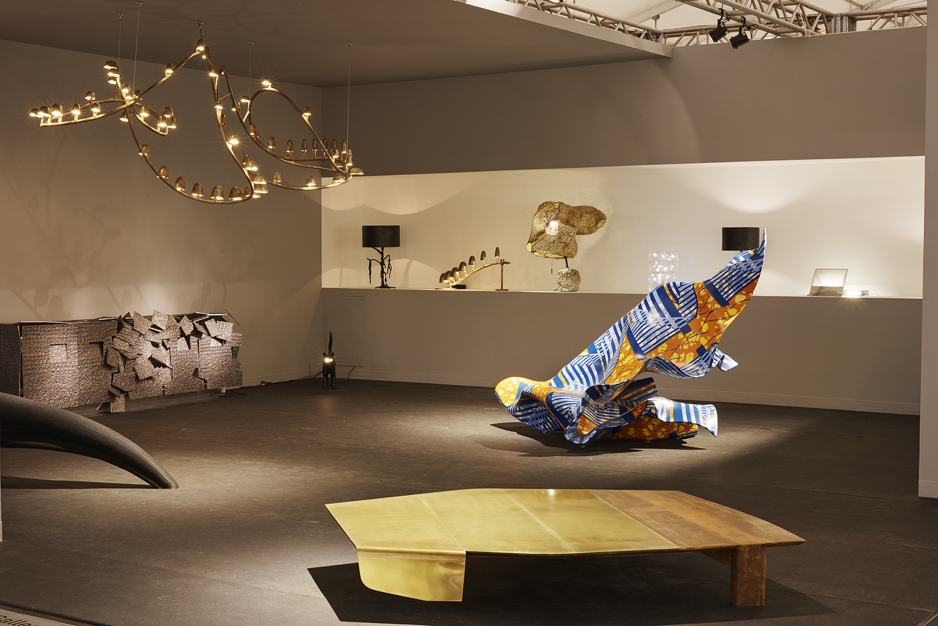 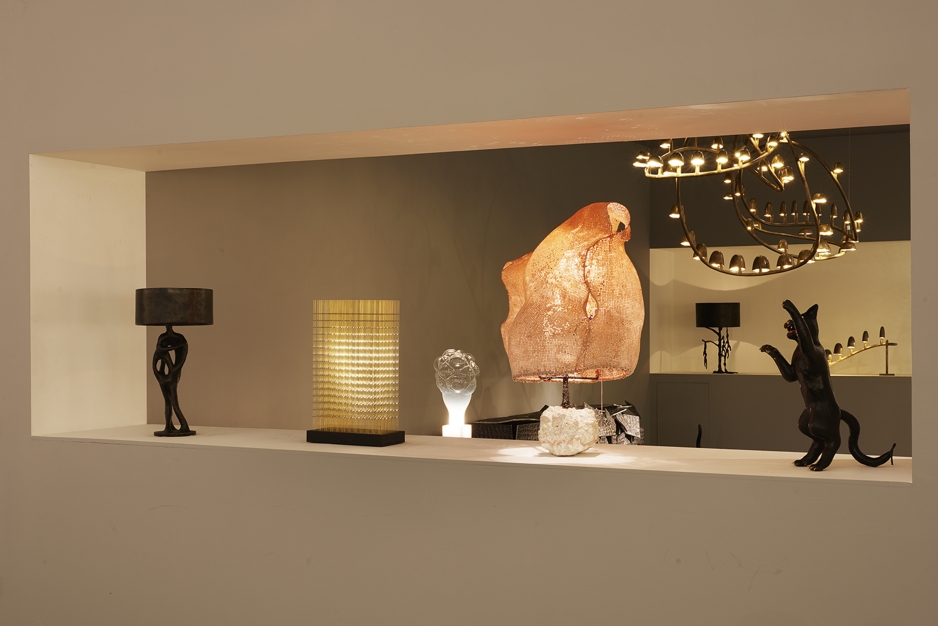 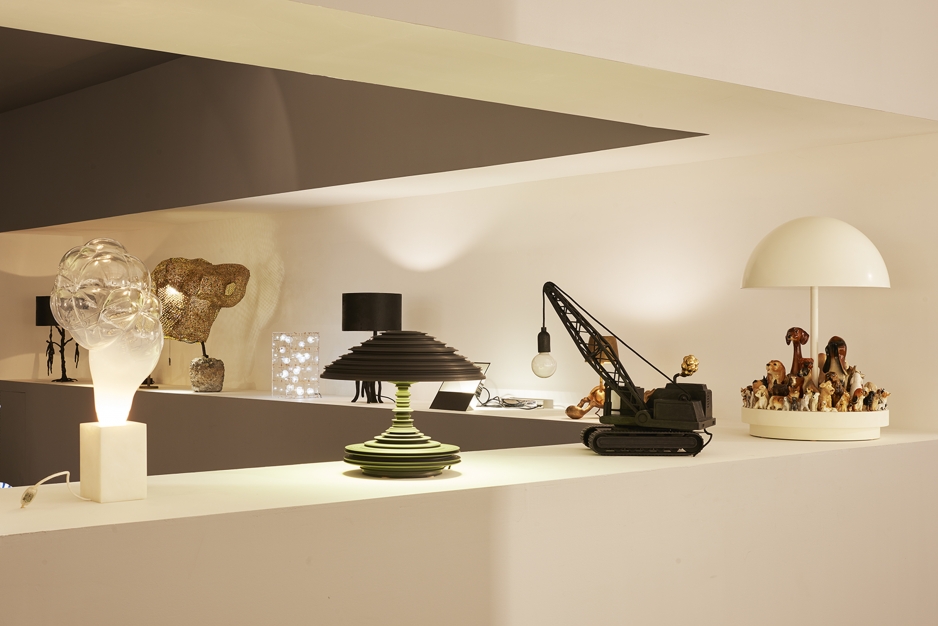 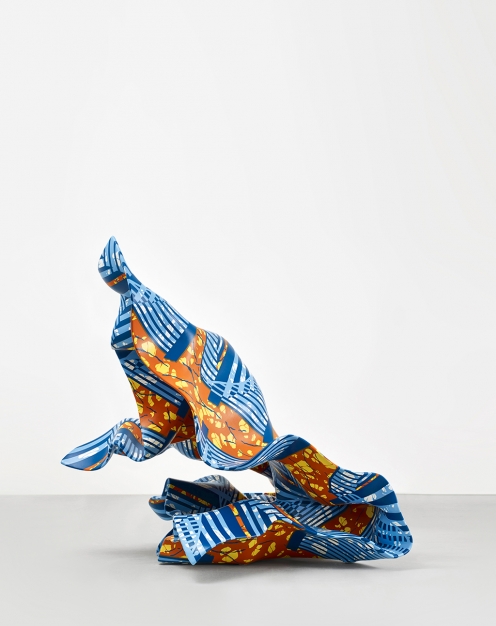 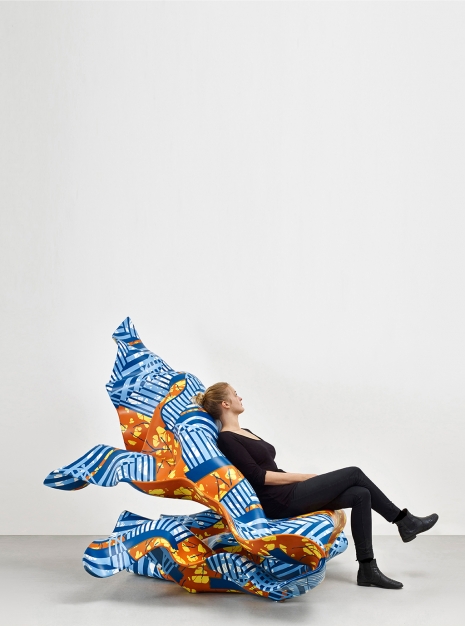 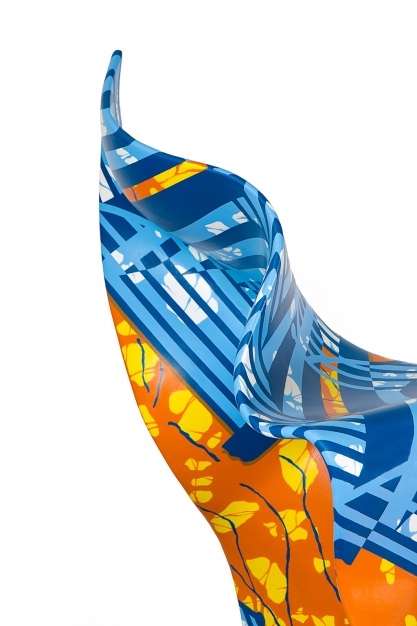 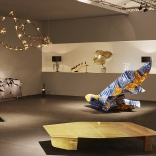 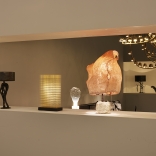 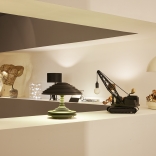 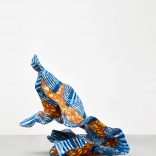 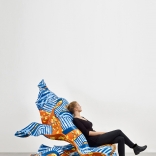 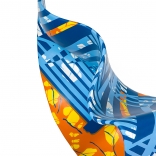 Carpenters Workshop Gallery, with spaces in London, Paris and now New York, transcends classical borders in terms of art and design. Its proposal stands just at the intersection of these two universes, reaching precisely a symbiosis of art and design.

Carpenters Workshop Gallery produces and exhibits functional sculptures by international rising and already-established artists and designers going outside their traditional territories of expression. The gallery is actively involved in the research and production of the limited-edition works exhibited. The choices are guided by the research of an emotional, artistic and historical relevance.

Windy Chair I (Orange and Blue) took inspiration from the sails of the artist’s work Nelson’s Ship in a Bottle, which was created for the Fourth Plinth in Trafalgar Square, London in 2010. The incorporation of batik fabric used in Windy Chair I (Orange and Blue) is one of Yinka Shonibare MBE’s trademarks as an artist. It reflects his interest in the complicated relationships between European and African cultures, after he himself grew up in both Great Britain and Nigeria. Yinka Shonibare MBE buys his fabrics in Petticoat Lane Market in East London. Once a number of changes are made to the pattern digitally, it is applied by paintbrush to the work.